Scratching and biting are common kitten behaviors. Their predatory nature motivates them to explore the world looking for prey. They stalk, pounce and bite anything that moves during play. Unfortunately, this natural behavior can become a serious problem in some cats as they grow and the strength of their bite increases. Beside the physical trauma from their large canine teeth (fangs), cats carry several bacteria in their mouths that can cause serious infections. People can also develop cat scratch fever from the bacteria Bartonella henselae that is found on some cat’s nails.

Misdirected play aggression is usually seen in cats under two years of age.  They are often the only cat in the household or live with other cats and/or dogs that do not play. The worst cases are seen with orphans who were raised alone. These little ones didn’t learn to inhibit their bites during play because their was no queen(mom) or siblings around to let them know when they bit too hard. The other common history findings are rough play with humans as young kittens and being left alone for long periods of time. One of the biggest mistakes people make in raising kittens is allowing them to bite hands and scratch during play. Rough play teaches kittens to surprise attack without the normal warning signs. What was once a cute little nip turns into a deep wound.

Diagnosis of misdirected play aggression is made by observing the cat or kitten in their environment before, during and after the bite. Most often, movement is the trigger. In my experience, feet moving under the covers, making the bed and walking down the hall are the most common triggers. It is also reported that walking up and down stairs as well as  coming out of a closet will trigger play aggression. Most kittens assume a crouched position with an intent look on their faces before striking. Usually their ears are forward in anticipation of doing something fun i.e., biting. They do not growl or vocalize during play. This is a very important point to remember to differentiate misdirected play aggression from other forms of aggression. If the kitten hisses, growls or screams, the behavior is not play related.

Treatment is based on giving the kitten or cat a different outlet for their energy. As I was taught in veterinary college, ‘A tired cat is a good cat.’ If the home can accommodate another feline, adding another slightly older kitten or cat that likes to play is a great solution. Beside giving the troublemaker an outlet for their energy, another animal will get a home which is a win for everybody. Consult with your veterinarian about the proper methods for introducing cats and go slow. Dumping a new cat into an environment and letting them ‘work it out’ is not recommended. Make sure the new addition is free of disease before the introduction. A two week quarantine is recommended just in case the kitten was exposed to a virus during the re-homing.

If a new feline roommate isn’t an option, then play is the key. A variety of toys should be placed in the environment to stimulate the kitten. Remember that cats and kittens will habituate which means become bored with toys quickly. Change the toys frequently to keep them engaged. Create several play stations in their environment to keep them moving. Here are some examples: 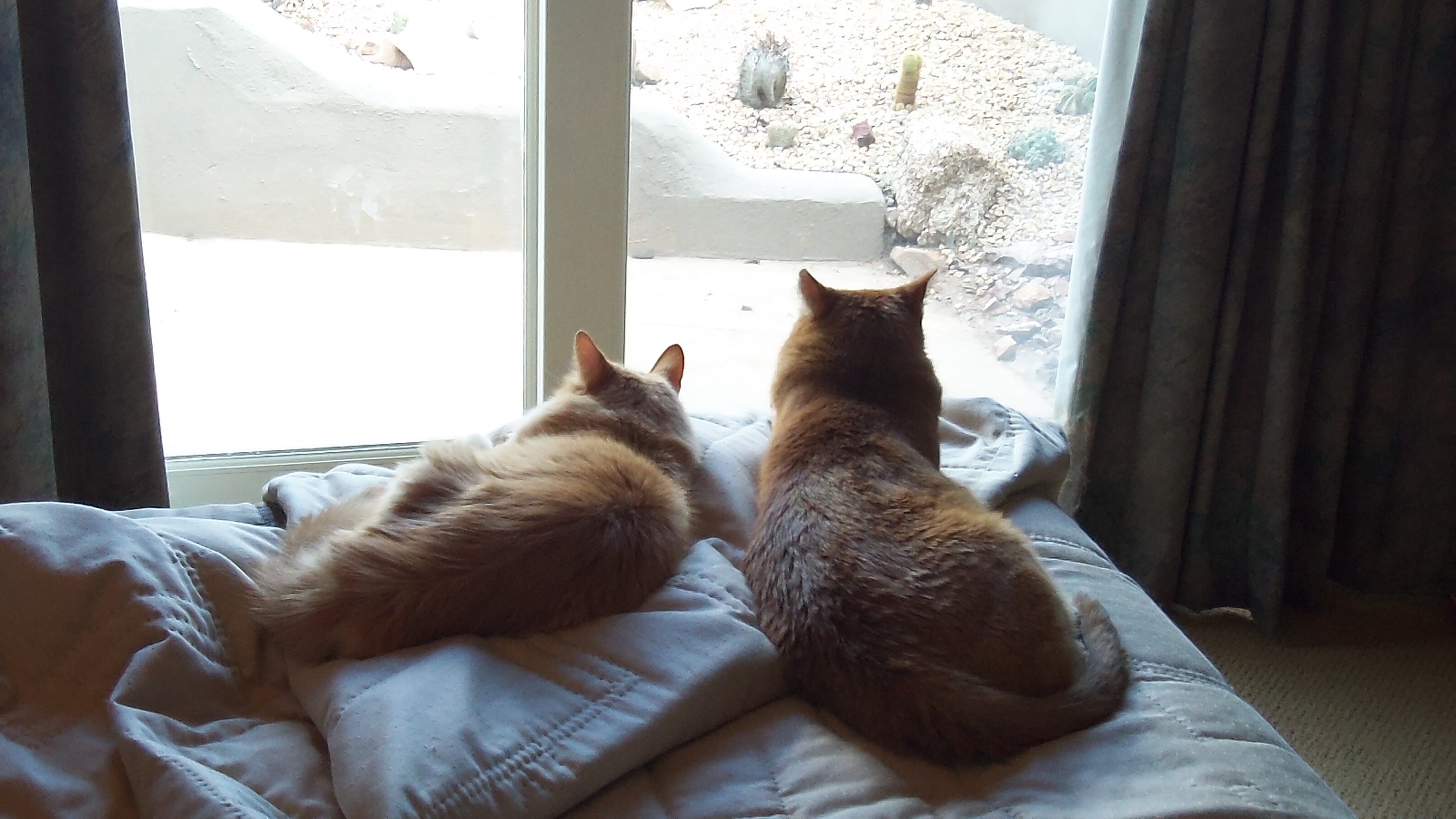 Beside the play stations, cats also need interactive play. Four to six fifteen minute active play sessions per day are recommended. Cat fishing rods, wads of paper to retrieve or bat around, balls and feather dusters work well. Stimulate the actions of a mouse or bird with the toy by pulling it under and around furniture. Make the motions unpredictable, slow then fast, smooth along the ground with pops up into the air. Many cats can’t resist the whirling noise made when a feather toy is spun over head. Many people make the mistake of throwing the toys directly at the cat which frightens them. Remember, cats are used to chasing prey. The toy mouse jumping into their face is illogical to them.

Be extremely careful with laser light pens. Direct eye contact may result in blindness. Also, some cats develop ‘frenzy play syndrome’ because they can never catch, touch and kill the dot. If using a laser, stop every few minutes and give the cat an actual toy they can bite and scratch. When the cat feels the toy has been ‘killed’, go back to the laser.

Food dispensing toys or feeder toys are great for burning off energy. Instead of regular meals placed in a dish, make the kitten work for their food. Place small amounts inside and then let them roll it around until something good falls out. Treats may be hidden around the house to stimulate exploration. A few kibbles placed in a water bowl can provide entertainment as the kitten works to get the floaters. Remember to vary the flavors of food often (every 2 or 3 days) for added interest.

Battery operated toys that simulate prey can be a nice addition to a cat’s toy box especially when the humans need a break. Although some cats like the battery operated vacuum cleaners and robots, most seem frightened by these machines. Stick with ‘Panic Mouse’ and similar toys.

Now that the cat has an outlet for their play drive, it is time to teach them not to attack humans. First, evaluate the environment where the attacks occur. If possible remove furniture or other items that are the launch point. Second, obtain a noise maker to startle the cat. Compressed air or pennies in a soda can work well. When the cat shows signs of stalking behavior such as raised hair, twitching tail or slinking on the ground, startle them with the noise. Third, re-direct their attention to an appropriate toy. This is the most important step as they must have an outlet for the behavior. Negative punishment does not work because the cat associates the bad thing with the human, not their behavior of biting the human. Cats subjected to punishment often become more aggressive as they adopt a ‘I’m going to bite you before you can spank me’ approach. Some cats may become fearful and start urinating outside the litter box. As veterinary behaviorist, Dr. Debra Horwitz states, “It is important to redirect the behavior, not punish it.”